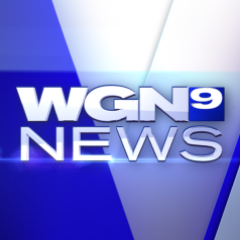 LOCKPORT, Ill. — This weekend marks the 15th anniversary of the September 11th terrorist attacks, and tributes are pouring in for the victims and their families.

One of those tributes in the Chicago-area can be seen at Siegel’s Cottonwood Farm in Lockport. The farm used its 15-acre cornfield to honor first responders, “how all people, of every color and religion, banded together to help save lives,” the farm said in a news release.

The maze design features the Twin Towers as well as the words “Never Forget” over three first responder logos.

“The farm and its four generations of Siegels take pride in honoring all First Responders for their bravery and sacrifices,” the release said. 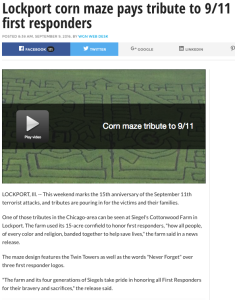